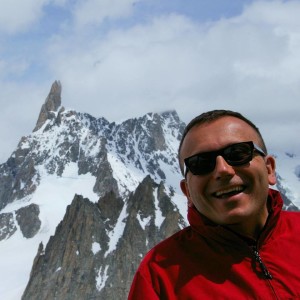 Founder of GcM Consulting and partner of CB&S

Born in Torino on 1 June 1968, married with one child, resident in Cambiano.

Gian Luca earned his degree in Engineering at the Polytechnic of Torino, followed by a Masters in SMB Economics from the ISTAO in Ancona, and a Masters in Business Administration from the HUTL Business School/USA.
Upon concluding his degree with the ISTAO, he worked for the Magneti Marelli Group in the Marketing of replacement parts for automobiles and in the diffusion of innovative products within the FIAT Group.
Beginning in 2001, he gained important experience in the Production and Quality sector (ISO 9001 and TS) at Teksid Aluminum, working on an international level.
Since 2005, he has acquired skills in the Intellectual Property sector as a Patent Manager with leading firms in this sector.
Between 2008 and 2009 Gian Luca lived and worked in Argentina as a Country Representative and Project Manager for AVSI.
Since late 2009, he has been collaborating with CB&S  and became one of the founders of GcM Consulting, coordinating project groups for the restructuring of administrative IT systems and revising corporate processes.