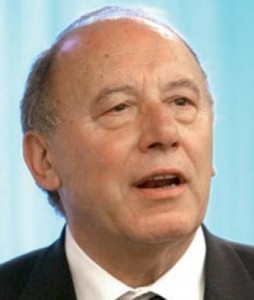 In May 1990, UK magazine Autocar (or Autocar & Motor as it was then known), interviewed Giancarlo Michellone who was at that time managing director of Fiat Group’s Turin-based research center. I’ve always remembered the feature because in it, the Italian was quoted as saying that he believed the IC engine would still be the go-to propulsion technology for all cars for the next 30 years. He even went as far as saying that mankind should learn to live with the emissions from spark-ignition engines!
I dug out the 1990 feature the other day to reminisce, and was reminded that Michellone had also said in the piece that he believed that while there was still progress to be made with spark-ignition engines, he thought that the industry was close to the maximum of what could be achieved in terms IC-engine efficiency.
It’s fascinating to note that absolutely nowhere in that Autocar & Motor article were three keys hit by the author David Sutherland in a particular order: ‘C,’ ‘O,’ and ‘2.’ Indeed, when questioned about the future of electric cars, Michellone was dismissive 30 years ago because he highlighted the fact that dirty power stations need to produce the electricity to feed their batteries and thus battery vehicles don’t really lower emission levels at all (smart man!). And so how correct were Mr Michellone’s projections? Given the fact that gasoline engines today continue to dominate the global car market, he can hold his head high. ‘Learning to live with petrol power,’ was the highly accurate headline of the 1990’s article…
But will gasoline still burn under the hood of our cars in 20 to 30 years’ time? It’s a question that you, our reader, must ask yourself on a near-daily basis. We have, contrary to Giancarlo’s vision, seen the spark-ignition engine advance further than anyone expected 30 or even 20 years ago, with the most extreme example of small-engine efficiency perhaps being the 1.6-liter hybrid units that sit behind the likes of Lewis Hamilton and Max Verstappen every week in this Covid era.
However, a glance through the stats pages of the 30-year-old issue of the Autocar & Motor shows 2-liter, four-cylinder engines generating less than 140bhp, while in 2020 we accept 400bhp-plus as more than acceptable from an engine with the same displacement. Yes, turbocharging has enabled such heady figures, but it is not like force induction wasn’t a the 1990 (Fiat itself being an early adopter in the 1980s for vehicles such as its Uno Turbo hot hatch that had a mere 103bhp from its blown 1.3-liter unit).
What we can thus conclude is that engineers have done in the last 30 years what engineers do: find solutions. We’ve more power from smaller engines in 2020 than we had in 1990 and yet emissions of any description are lower than they were three decades ago – massively lower.
There’s more efficiency to come from the spark-ignition engine too because just as there is no such thing as the perfect lap in racing, there’s always more to find, especially when fire partners with electricity under hood. There is of course another solution that no one has thought of yet. And I mean literally that: there’s a solution that no one has thought of yet! Governments legislate that we must buy electric cars by the year 20-something, missing that the point that what they actually want to achieve is lower emissions, not everyone owning an electric car!
Back in the early 1800s, I doubt anyone thought the horseless carriage wouldn’t be a thing almost 100 years later and I doubt they knew about the spark-ignition engine concept, but someone invented it and… No one knew they’d listen to music from a smart phone Bluetoothing their sounds to the stereo via the Internet in 1990, and yet! My point is who knows what will power a car in 30 years’ time? To predict – and worse legislate – what this industry must do is to limit progress and innovation. Let engineers do what engineers do: find a solution, whatever that might be!